Home / Nevus / What are the technics of removing the Mole without surgery?

What are the technics of removing the Mole without surgery? 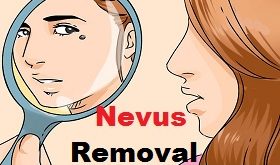 How to Remove Nevus (Moles)?

Moles are skin lesions that can excit at least one in almost every human body. Moles can be found in the body since birth, or they can form later. Although they are generally harmless, some moles have a risk of cancer. Some moles are asked to be removed because of the risk of cancer and some moles just for the visual anxiety. In this article, the applied techniques without surgery will be discussed in detail.

Moles are important procedures and they are performed by skincare specialists and general surgery specialists. Skin specialists generally use the cryotherapy technique. General surgery specialists use laser, radiofrequency, plasma and cautery techniques.
If the moles are taken by correct and appropriate techniques , so there is either no trace or a vague trace that will be noticed in a distance. For this reason, it is important to make sure that all non-surgical treatments are available at your destination.

It is a technique usually applied by dermatologists. Not applicable to superficial moles. It can only be applied to skin fluffy moles.
Cryotherapy is also known as freezing. The reason is to cool to -60 degrees by applying liquid nitrogen to the mole. In this way, the chemical substance applied to make the mole fall by rot.
It is an application with risk of painful and healthy tissue loss. It is difficult to predict how deep the chemical applied will affect. Therefore, there is a risk of scars and pitting on the skin.

Cautery device is a device that is used more actively than laser in health field. However, the name has not been heard as laser.
Cautery device is a very powerful device that converts electrical energy into heat energy. Thanks to its high temperature, it provides evaporation in the area it is touched.
All superficial and fluffy moles can be applied. However, because it is a very powerful device, it can cause scars or pits. For these reasons, the cautery device should be used with great care by a skilled person.

Radio frequency device is a device that converts radio waves into heat energy. Thanks to its high temperature, it provides evaporation in the area it is touched like a cautery device. The difference between the cautery device and this device is the energy of the device.
RF device is also a powerful device. However, it is highly sensitive and can be adjusted at low doses. It can make millimeter evaporation on skin surface with Rf device. In this way, the risk of scarring is minimized.
Most of the moles taken with the RF device have no trace. However, in some moles there may be only a slight trace of the distance.

Previous What is Lipoma? How Does it Treat?